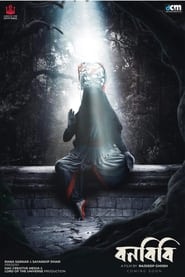 The plot starts with a British family visiting the rural places of the Sunderbans. Resham, a fatso, pale but jovial woman in her late 20s, carries out the responsibilities of a tourist guide to the Brits. Five years ago Resham’s husband had gone to the jungle to fetch honey but had not returned. Hence it is believed that Resham now belongs to the clan of widows whose spouses have unfortunately fallen prey to the tigers. Resham and all the other women like her live on the edge of a village, their locality is called Vidhva Palli, or “abode for the widows”. The government is educating the women to make them independent. They are providing English education so they can become guides to curious tourists and Resham is clearly one of the best in the business. The climax of the story is stitched with a sequence of multiple mind-boggling situations. Will Resham be able to have a successful love story with Himon? Who’s Dakshin Ray /Khoda Badshah /Jahangir?

Conversations with a Koel Bird (2022)