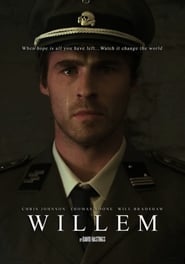 In a confined prison cell, Alexander, a young Nazi officer, is awaiting Willem who has been convicted of blowing up a building that held records of local Jewish residents. Willem is also openly homosexual, in a time when people were persecuted for such lifestyles. As Willem and Alexander sit alone in the cell, the former attempts to engage in conversation with his captor, who initially remains quiet. But over the course of three days, not only do they begin to converse, but they begin to have a profound emotional impact on one another.